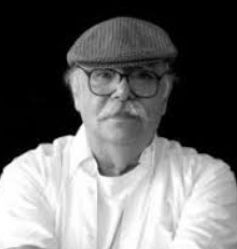 Sergio Rodrigues was born in 1927 in Rio de Janeiro into a family of prominent artists and intellectuals.

Internationally recognized as one of Brazil's most influential modern designers, Rodrigues' most famous project is undoubtedly the Mole chair (1957), which won first prize in the 1961 International Furniture Competition in Italy. Produced by ISA in Italy, the chair was sold worldwide under the name Sheriff. Biography He studied at the National School of Architecture in Rio de Janeiro. After graduating in 1952, Rodrigues focused more on furniture design and, in partnership with the Hauner brothers, Italian designers, he opened Moveis Artesanal Paranaense, the first modern art and furniture store in Curitiba. In 1955, he founded Oca, a brand based in Ipanema and focused on the development of modern Brazilian furniture. He remained in this company until 1968. Between 1963 and 1968, Rodrigues also worked at Meia-Pataca, a design company specializing in mass production and affordable furniture. Rodrigues' work defends Brazilian identity, often drawing on traditional forms and using indigenous materials, such as Peroba, Jacaranda and Imbuia woods.