Eero Saarinen for Knoll International, set of eight dining chairs model 72, in metal and beige fabric, United States 1948. We also sell them piece by piece. These Mid-Century Modern pieces would make great office chairs as well. Eero Saarinen (1910-1961) was a Finish-American architect who helped to shape the American postwar architecture of progression and optimism. Saarinen designed several airports and worked for large corporate clients such as IBM and General Motors. Knoll International was founded in New York by the 26-year-old German Hans Knoll (1914-1955) in 1938. Hans’ father, Walter Knoll was a true modernist and furniture manufacturer who had a reputation for quality. When Hans Knoll died at a young age his wife Florence Knoll took over and under her influence, the company flourished and created its best designs. She designed and led the company where she cooperated with talented designers such as Eero Saarinen, Ludwig Mies van der Rohe, Richard Schultz, and Harry Bertoia. W 60 cm, D 62 cm, H 76 cm 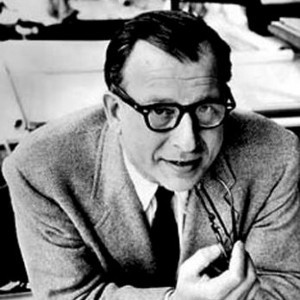 Eero Saarinen is an American designer, with Finish origins. He created numerous best-sellers in design furniture for Knoll international, and counts among the most famous designers of the 20the century.
View all pieces from this designer Vintage oval marble side table by Eero Saarinen for Knoll Pair of vintage chairs by Eero Saarinen for Knoll 1960s Vintage side table by Eero Saarinen for Knoll