Early Bruno Mathsson "Pernilla" chaise longue produced by Karl Mathsson, Sweden 1942. Rare edition in beech laminated bentwood, and leather. The chair is marked on the underside of frame with two manufacturer’s paper labels Bruno MATHSSON Møbler and Bruno MATHSSON FIRMA KARL MATHSSON MADE IN - VÄRNAMO - SWEDEN, with designers signature "BM" 42 (1942) in pen. Stamped "Designed by Bruno Mathsson" and "Made in Sweden". Very comfortable chaise longue in good condition. Later leather straps with beautiful patine. The "Pernilla" chair is a result of Mathssons concept started in the 1930s which he called the "mechanics of sitting" in which he was researching the optimal seating comfort by the use of webbings and light bentwood frames, resulting in the characteristic elegant silhouettes of Mathssons chair design. Bruno Mathsson was born in 1907 in Värnamo, Sweden. His father, Karl, was a fourth-generation master cabinetmaker, so Bruno was exposed early on to the possibilities of new wood technologies. A self-taught designer and architect, Mathsson was inspired by the functionalist movement, and, expanding on his family trade, spent much of the 1920s and 1930s studying the functional possibilities of wood. Mathsson’s furniture designs experimented with curves and height, and were driven by ergonomics and function. He exhibited a collection of bentwood furniture at the 1937 World Exposition in Paris, launching his international reputation; his Eva chair (then called Work chair) was purchased for the public spaces of the soon-to-be-opened Museum of Modern Art in New York. 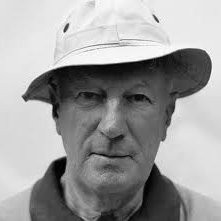 Bruno Mathsson is a Swedish designer, architect and cabinetmaker. He is one of the pioneers of the Swedish design and has a great reputation, especially for his organic style.
View all pieces from this designer Set of 4 midcentury chairs by Gastone Rinaldi for RimaItalian Pair of vintage Jetson armchairs by Bruno Mathsson for DUX, 1966