Sophisticated 1930 Danish Art Deco sofa produced by C.B. Hansens furniture makers appointed by the Danish Royal Court. This beauty has leather upholstery and a frame made of mahogany, stained mahogany and Brazilian rosewood. The sofa is in great condition. Measurements: H 119 x W 192 x D 67 cm. Seating height is 45 cm. H 46.85 x 75.59 x D 26.38 inches. Seating height is 18.11 inches. The sofa will be shipped insured overseas in a custom made wooden crate. Cost of transport to the US crate included is Euro 1.450. Hansen was born on 4 February 1806, the son of carpenter Christopher Bagnæs and Anne Stephensen (circa 1775-1854). He grew up in poverty after the early death of his father. He had to care for himself from the age of 8, working first in J. C. Modeweg’s textile factory and then as a Cobble-Layer at Nyboder. His situation improved moderately when his mother remarried Peter Antoni, a laborer, enabling him to attend Holmen’s School until beginning a chair-maker’s apprentice at 14. At the age of 20, when he completed his apprenticeship, he changed his name to Hansen for reasons that remain unknown In 1830, after completing his masterpiece, Hansen established his own business. He established C. B. Hansens Etablissement un 1838 when he was licensed to "manufacture and sell veneer and intarsia furniture of Fine imported as well as local types of wood". His business prospered to a degree that in 1943 enabled him to purchase the imposing Erichsen Mansion at Kongens Nytorv. He opened a large furniture store in the building, which exhibited his own works as well as those of his peers. He distinguished himself at The Great Exhibition in London in 1851 and was the only representative of Danish furniture at the 1885 Exposition Universelle in Paris. Later that same year he received an invitation to become a member of the Jouner’s Guild in Copenhagen. 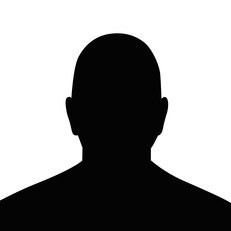