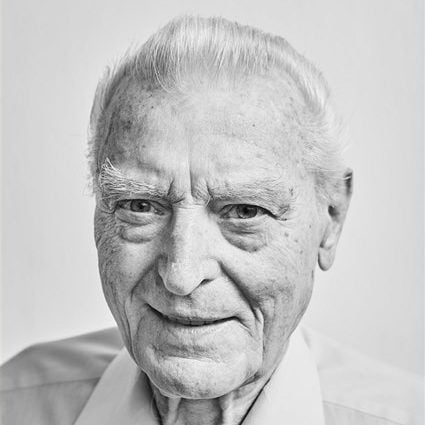 Jiří Jiroutek is a Czech designer who orchestrated the famous U-450 series of modular sideboards from Interier Praha.

This series led Jiroutek and later Interier Praha to focus mainly on the large-scale production of modular furniture. Jiroutek became known above all for the simplicity of its sideboards and cabinets in oak veneer with elegantly coloured sliding doors and drawers. Biography Jiroutek spent his teenage years in the town of Chrudim, where he attended secondary school. Like the famous Czech industrial designer Jindřich Halabala, Jiroutek completed his professional studies at the Academy of Applied Arts in Prague (today the Academy of Arts, Architecture and Design). In 1951, Jiroutek started his career at the newly founded Interier Praha. Unlike Halabala and other mid-century Czech modernists, Jiroutek never worked for other major national furniture manufacturers such as TON and UP Závody. After his first successes, Jiroutek became the design director at Interier Praha in 1958 and soon afterwards started working on the U-450 series. These creations were strongly inspired by Expo 58 in Brussels, which changed post-war Czech design towards a "softer" modernism, characterised by pastel colours, new geometries and the use of modern materials such as composites, glass and concrete. In the 1970s, even after the Prague Spring in 1968, which marked the beginning of design, Jiroutek continued to add new editions to his already sturdy work, adding opal glass tables and armchairs, as well as complete kitchen (his KU-550 series) and living room sets (his U-550 series) to the Interier Praha catalogue.