This set of four Series 7 chairs was designed in 1955 by Arne Jacobsen for the Danish manufacture Fritz Hansen. This is an early production from the second half of the 1950s. The chairs have signatures used in the 1950s. Their exceptional shape is timeless and extremely universal. The chairs are made of nine layers of pressure-molded veneer, which provides strength, flexibility and durability despite its delicate form. The slender but strong steel legs complete the curved profile. The legs extend just beyond the edge of the seat, making the chairs easy to stack. It is a flagship model in the Fritz Hansen chair collection and an icon in the history of design, which unfortunately means that chairs are often copied. Arne Jacobsen was born in 1902 in Copenhagen, died in 1971. He is the most famous post-war Danish designer and architect. He graduated from the School of Applied Arts in 1924 and the Royal Danish Academy of Fine Arts, where he studied architecture in 1927. He was awarded the CF Hansen medal and the Grand Prix of the 11th Milan Triennale. Jacobsen’s most famous project was the Royal Hotel in Copenhagen, for which he designed every detail, from fabrics and lamps to cutlery and furniture. AJ lamps, designed for the Royal Hotel and produced by Louis Poulsen, are a perfect example of its streamlined and elegant style. The famous Egg and Swan chairs were also designed for the Royal Hotel. Gradually, Jacobsen’s designs became more modern and simplified, but still embedded in the Danish architectural tradition. Fritz Hansen, also known as the Republic of Fritz Hansen, is a Danish furniture design company whose history begins in 1872 in Nakskov. From the very beginning, Fritz Hansen and his son Christian placed emphasis on the high quality of their furniture, which is their hallmark until the present day. The long list of orders in the first fifty years of the company’s operation confirms this. At the beginning of the 20th century, Christian Hansen began experimenting with the steam-bending of beech wood, and in 1915 he created the first laminated chairs, which became the company’s specialty. Arne Jacobsen completely dominated the 1950s in the company. He started working together in 1934, but his breakthrough came when he created the Ant laminated chair in 1952. The next projects: Series 7 (1955), Swan (1958) and Egg (1958), which were designed for the Royal Hotel in Copenhagen, became milestones in the history of Fritz Hansen and are still produced today. The chairs are in very good vintage condition. The paintwork has been refreshed, but the chairs have minor signs of wear resulting from age, cracks and scrapes. The seat is 41 cm high. 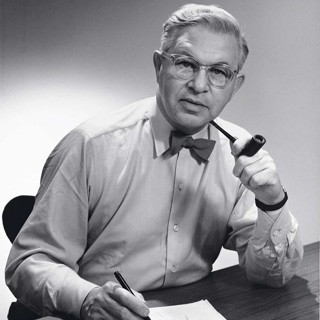