DSW chair by Charles and Ray Eames for Herman Miller, 1960

On sale is this iconic chair, model DSW, designed by Charles and Ray Eames, and produced by Mobilier International (under license from Herman Miller) in the 1960s. Originally on a DSS base, the red-orange fiberglass shell has a slightly lower backrest (34 cm) than the other models. It is in good condition, but shows some traces of its previous life (see photo). The "V" sign is present, as well as the original "Mobilier International" sticker and the signed shockmounts. New Dowel base. Seat height: 45cm. 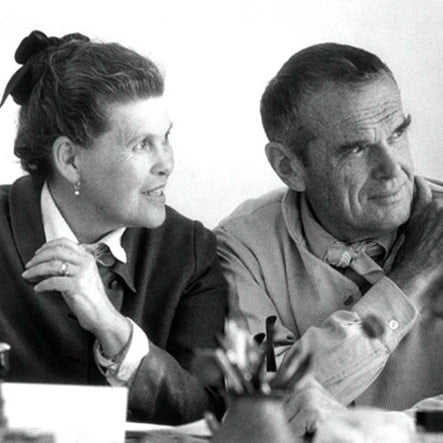 Vintage chair made of burgundy fur and aluminium Set of 7 vintage Straford chairs in upholstered fabric by Pierre... Pair of vintage chairs in brown fabric by Arne Jacobsen, 1950 Set of 6 vintage Danish chairs by Johannes Andersen for Bramin,... Set of 5 vintage pinewood chairs by Daumiller for Hirtshals...