Set of four fully restored rosewood dining chairs from the 1960s with adjustable backrests by Kai Kristiansen for Schous Møbelfabrik. The chairs have the light and very elegant design typical of Kai Kristiansens, which allows them to fit easily wherever you want in your home. This design is so unique that his colleague, the famous designer Hans J. Wegner, called the Model 42 beautiful from every angle when the chair was unveiled in 1956. The unique swivel function of the chair's backrest allows the backrest to be adjusted and adds even more comfort to the sitting experience. The chairs have been restored and redone by our cabinetmaker to ensure that they are in excellent condition with only minimal signs of age and use. They will be upholstered at no extra charge in any "Kvadrat" fabric of your choice or in standard "Kvadrat" leathers from "Sorensen Leather" or for an extra charge luxury leathers (Elegance, Vegetal, Rustic, Pure and Royal Nubuck) before being shipped. Kai Kristiansen was one of the last students of the famous architect Kaare Klint, who founded Danish Modern design and laid the foundation for the "Danish Modern" style. In the years 1958-1978 Kristiansen worked in his company in Aarhus, which he owned jointly with the furniture manufacturer Illum Wikkelsø (1919-1999). Kristiansens' works met their most intense demand for a few decades from 1950 onwards, after which their production was stopped. However, several of them are now being produced again by the Japanese furniture manufacturer Miyazaki Chair Mill in Tokushima. An Australian producer has also included Kristiansen's production in its portfolio. Kai Kristiansen could have been behind the mass production of furniture, if he had accepted an offer from Ikea's founder, Ingvar Kamprad. He refused to join the Ikea staff. Kristiansen's exhibitions include numerous participations in furniture and design fairs in Milan, Paris, Cologne and London. Among his most popular works is the Paper Knife collection, which includes two sofas, a coffee table and an armchair. His 4110 og Handy chairs are also very popular. In fact, Kai Kristiansen's name is probably better known by a select audience of furniture designers around the world than it is generally known in his home country. Dimensions Height: 29.14 in. (74 cm) Width: 21.26 in. (54 cm) Depth: 18.12 in. (46 cm) Seat height: 18.12 in. (46 cm) 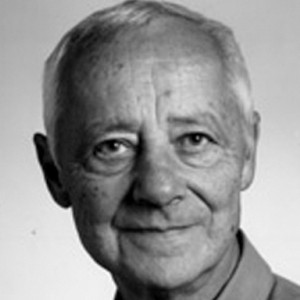