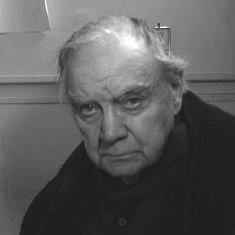 Elio Martinelli is an Italian designer from the 20th Century. His lamps are timeless and very renowned worldwide.

The creations designed by Martinelli, such as the Serpente (1965), 2764 (1965), 660 (1972), Panthos (1983) and Penombra (1987) lamps are iconic pieces from the 20th Century. During his entire career, he searched for new technologies and was inspired by geometric and simple forms. Biography Elio Martinelli was born in Italy in 1921. He graduated from the Academy of Fine Arts in Florence. He started his career as a designer into the lamps manufacturer of his father. Then he founded in own studio in Lucca. He converted shops, restaurants, pubs and hotels. During the 1950s, he developed the lamps production and quickly had a real notoriety in Italy: he won many prizes and rewards. In 1966, invited by the famous architect Gio Ponti, he participated at the first edition of Eurodomus. In the early 1970s, he also participated at the 14th and the 15th Triennale in Milan then at the editions several shows (Intel, Euroluce, and Milano). His creations are exhibited in many great museums worldwide.