A superb set of 6 black leather and chrome lace back Mies van der Rohe MR10 cantilever chairs produced by Knoll International. These chairs are a design icon being one of the very first cantilever design chairs ever designed by van der Rohe. Comfortable and perfectly balanced they have become one of the most enduring designs of the 20th Century with manufacturing starting in 1927 and still continuing to this day. Originally known as the Weissenhof chair (after the exhibition it was first launched at) and produced by Gebrüder Thonet within Europe, the license to produce the chairs in the U.S. was later acquired by Knoll International who started production in the late 1950’s. Although the chrome work was imprinted with Knoll’s branding much later in production, around the 1990’s, earlier versions were not marked. However, they are still reliably identified by a number of key indicators: apart from weight and the general quality of craftsmanship, the Knoll version of the chair is recognised by the lace back and sprung seat base which along with the offset chrome seat stretcher and small rear back slide stop hooks are key signatures of Knoll’s original production method. This set was believed to have been produced, by reference to the previous owners who had owned them since new, in the early 1970’s and remain in very good vintage condition with general signs of wear commensurate with age. This amounts to some light marks, denting and stretching of the leather through use, and light scratches and pitting in the chrome. However, as you can see from the photographs, these are difficult to show as the wear on each chair is minimal given their 45+ years of service. There are no tears or rips in the leather and no rust or flaking of the chrome. The concept of using metal tubing as a supporting structure in chair design is credited to the British manufacturer RW Winfield who produced campaign chairs in a cantilever design for the Great Exhibition in 1851. This original design was known and documented to have been an inspiration to both Marcel Breuer and van der Rohe. Breuer was the first to produce a design in chrome pipe work and inspired by the curved handlebars of his Adler bicycle he designed the Wassily chair in 1925. Although this was not a cantilever chair it helped to establish a base production method that was built on by others. This resulted in the first true cantilever chrome chair, the S33, being designed by Mart Stam in 1926. Thereafter, van der Rohe designed the MR10 in 1927, the Brno chair in 1930 and Breuer 2 further chairs in 1928, the B32 (later named the Cesca chair after his daughter Francesca) and the B33 which was a derivative of Stam’s S33. Knoll’s relationship with the MR10 chair dates back to the late 1950’s. Florence Knoll’s personal relationship with van der Rohe, who was previously her professor at the Illinois Institute of Technology, enabled a partnership to grow that helped to expand the Bauhaus design principles to a wider audience. Many of the most celebrated Bauhaus designers of the time had escaped Germany in the early 1930’s and settled in America and ultimately many formed a beneficial partnership with the Knoll company. Originally founded in 1938 by Hans Knoll the company has since become one of the most famous and iconic design and manufacturing houses of the 20th Century. With the help of his wife Florence (formerly Florence Schust) the company worked with a stellar cast of designers and produced many of the most iconic furniture designs of that time. After Hans’ tragic death in a car accident in 1955 Florence Knoll was appointed head of the company and throughout the mid to late 20th century her holistic approach to design helped transform the American workplace. Today, classic Knoll furniture still remain as core staples of modern design and interior décor with the MR10 being just one example of a multitude of designs created by the greatest designers of the 20th Century. Seat height - 44.5cm 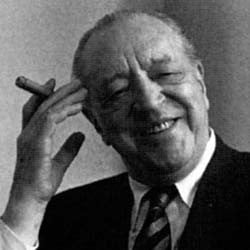