Verner Panton, enamel flower pots designed for Louis Poulsen in 1969. This set of two orange-yellow pendants is an early example of the Panton flowerpot design and features an orange enamel shade composed of two semi-circular spheres facing each other. The more recent models are in painted metal. The pendants are in good condition and show few signs of age and use. Verner Panton is considered one of the most influential furniture and interior designers of the 20th century in Denmark. During his career he has created innovative and futuristic designs in a variety of materials, especially plastics, and in vibrant and exotic colours. His style was very "60’s" but regained popularity at the end of the 20th century; as of 2004, Panton’s best known furniture models are still in production (at Vitra, among others). Panton was an experienced artist in Odense; he then studied architecture at the Royal Danish Academy of Arts in Copenhagen, graduating in 1951. For the first two years of his career, 1950-1952, he worked in the architectural practice of Arne Jacobsen, another Danish architect and furniture designer. Panton turned out to be a "enfant terrible" and set up his own design and architecture office. He became known for his innovative architectural proposals, including a folding house (1955), the cardboard house and the plastic house (1960). Towards the end of the 1950s, his chair designs became much more unconventional, with no discernible legs or backs. In 1960, Panton was the designer of the first ever uniquely shaped injection-moulded plastic chair. The stackable chair, or S-chair, became his most famous and mass-produced model, giving rise to organic shapes inspired by the needs of the human body, the tongue. 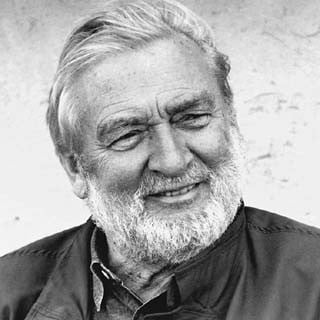