Coffee table designed by Jindřich Halabala in 1950s. It’s widely known as the “spider” table because of its shape. Jindrich Halabala helped create a new mass-market approach to home design and furnishing in Czechoslovakia in the interwar period and after the Second World War. He believed furniture could and should be well-finished, fully functional, modular, mobile and widely affordable. As chief designer of the large Brno-based furniture producer United Arts and Crafts Manufacture (UP), he significantly influenced its manufacturing programme from the 1930s on - pioneering the industrial manufacture of furniture in Czechoslovakia. Top is made of ash, legs are made from beech wood. He surface has been cleaned, painted in rosewood toned mordant and polished with half matt lacquer. 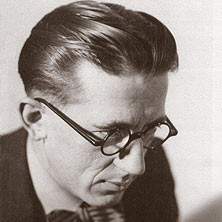 Jindrich Halabala is a Czech designer especially knownfor his collaboration with UP Company based in Prague.
View all pieces from this designer Pair of vintage Bedside Tables by Halabala for UP Zavody... Vintage Round Coffee Table with Walnut Veneer by Jindrich... Set of 4 vintage chairs by Jindřich Halabala for Thonet 1940

Vintage Walnut Veneer Buffet by Jindřich Halabala for UP Závody,... Pair of Vintage Jindrich Halabala Chairs for Up Zadovy from...