Mid-century modern rosewood Ico Parisi cabinet A spectacular bespoke trumeau designed by Ico Parisi and very likely produced by Ariberto Colombo, by special order only. Very few pieces were made, following specific customer specifications. This is the only certified piece for sale worldwide. The trumeau has 4 large drawers and 6 smaller drawers. It comes with a certificate of authenticity released by the Archivio del Design di Ico Parisi. Signed by Roberta Lietti, curator of the Ico Parisi Archive. Further, the cabinet will be shipped overseas in a custom-made wooden crate. Domenico “Ico” Parisi (1916, Palermo-1996, Como) was an Italian architect and designer. Parisi is one of the most important style formers of Italian furniture design in the 1950s. Close friend of Gio Ponti, he is in undoubtedly one of the protagonists that determined the style of the period. He defined himself as a Renaissance artist, who was interested in all forms of art. He didn’t want to be labeled as only an architect, or an Industrial designer, painter, photographer or installation artist, even though he pursued all these activities during his more than fifty years of creative life. Ico Parisi lived almost all his life in Como, Italy where his father worked as an art teacher. Ico Parisi designed many interiors, furniture (primarily in wood and metal), glass, and jewelry. He also worked on architecture projects both independently and with his wife, Luisa. Their studio was a meeting place for collaborations between established artists and designers of the day. Clients included Singer & Sons, Altamira, m.i.m., Longhi, and Cassina. 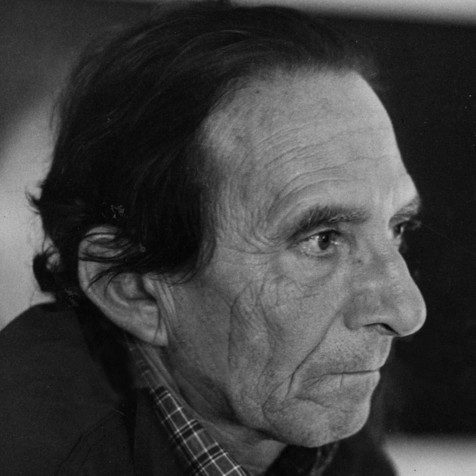 Ico Parisi is a talented Italian designer. His creation is representative of the modern Italian style of the 1950s.
View all pieces from this designer Mahogany and Glass Sideboard By Robin Day For Hille, London Vintage armchair from Ico Parisi for MIM in cognac leather and...